Headquartered in Orlando, FL and serve clients across the country 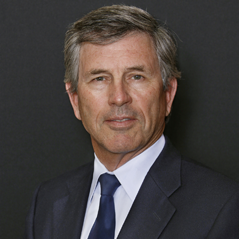 Loyd H. Rawls is one of the nation’s leading succession planners. Since 1973, Loyd and his partners have provided business succession services for the owners and key executives of closely held, capital intensive, privately held businesses throughout the country. Loyd has continued to enhance his practice, by confirming theories regarding the critical factors that impact business succession and the role key managers play in a succession initiative. In 2000, Loyd developed the concept of an analytical tool to help business planning professionals evaluate Succession Success™ positioning with their clients, and subsequently co-founded the International Succession Planning Association®.

A native of Fayetteville, NC, Loyd is a graduate of North Carolina State University. After serving 4 years as an officer in the United States Air Force, Loyd moved to Orlando and began a career as a financial planner. In 1973, Loyd founded The Rawls Company, known today as The Rawls Group, a business succession firm. Loyd has achieved designations of Certified Chartered Life Underwriter, Chartered Financial Consultant and earned his Master of Science in Financial Services from the American College. 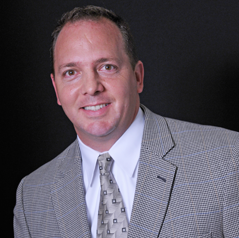 David’s expertise with privately held and family owned businesses is also shared throughout various industries. He is a frequent speaker and presenter for national organizations and contributes articles in publications that span industries including professional services, automotive and other franchise concepts.

A native of Philadelphia, David graduated from Rollins College in 1991 with a B.A. in Psychology. David enjoys spending time with his wife, children and friends at the beach, supporting his children in various sports activities, fishing and playing an occasional round of golf. 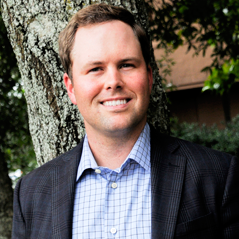 Being a member of a family business, Champ has unique insight into the difficulties, challenges, and triumphs that our clients face when combining family and business. Champ has been an official member of The Rawls Group since 2012, although it could be said that he became a part of the team in 1984, when he was born into the family business. With a background in finance, and his personal understanding of family dynamics, Champ is technically proficient in the financial planning field and uniquely capable working with closely held businesses.

Champ earned his undergraduate degree from Denison University in Granville, Ohio, with a major in Economics. Champ began his career outside of The Rawls Group, working for Capitas Financial, providing consultative financial advice for affluent families. Champ is insurance licensed and holds his Series 6 and 63 investment licenses; he is also a Chartered Life Underwriter®. 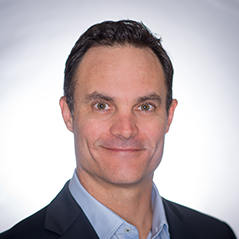 As a succession planner, Dan Iosue, CFP® leverages his more than a decade of experience in corporate leadership and financial planning working with clients to help them achieve their long-term business goals. Dan works with business owners and key executives to overcome challenges that impact business success, keeping them focused on sustainability and growth.

Dan grew up in Florida, and then attended Macalester College in Minnesota, where he played both football and baseball. Dan serves as a board member for the Crealde School of Art and is a Founder’s Club member of CrossFit Winter Park. In Dan’s spare time he also enjoys Brazilian Jiu Jitsu, photography, and working on his motorcycles. 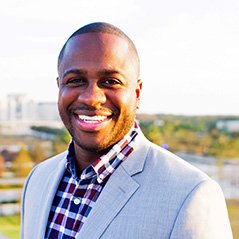 Jéan Venant has a passion for helping business owners achieve their goals of building lifelong sustainability and building their legacy.  He works with clients ensuring their dreams are realized and that their hard work thrives and lives through future generations of the business. Jéan understands the importance of relationships. His background provides expert insight into what business owners go through, and the unique circumstances impacting their lives behind the curtain of business.

Having worked as a manufacturer representative to retail automobile dealers Jéan developed extensive expertise in strategic planning and enhancing business performance.  As a business owner, he appreciates the challenges involved in ownership first-hand. He understands the importance of hiring right and developing talent to support the organizational culture, the impact to the local community and building and achieving business goals. He also has a unique understanding of the influence of the owner’s leadership style and how it impacts business structure, management productivity and family dynamics.

Jéan holds a degree in Organizational Management and lives in Orlando, FL. Having a heart for community service, Jéan has volunteered for Orange County Public Schools; he is also an avid musician and a happy husband and father. 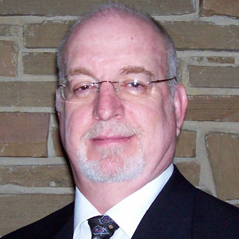 A member of The Rawls Group since 1995, Russ’ primary focus is working with business owners, key managers and family members on the varying relational issues that impact the business legacy and their pivotal relationships. In addition to his work with The Rawls Group, Russ has been privately practicing counseling since 1988 and currently supervises counselors in a masters training program at Reformed Theological Seminary. Russ holds a master’s degree in counseling from the University of West Florida and an MBA from the University of Phoenix. 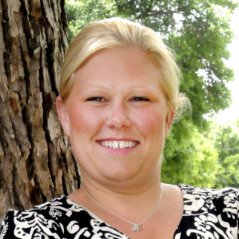 Director of Operations and Client Services

Amy is the Director of Operations and Client Servicing for The Rawls Group. With over sixteen years’ experience overseeing operations, compliance, finance and client servicing, Amy has evolved and adapted to meet the growing needs of TRG and our loyal clients.
Amy has a Master’s in Business Administration from Rollins College Crummer Graduate School of Business and a Bachelor of Science from Florida State University. Amy spends her spare time volunteering within her community, getting lost in a good book, working in her yard, and spending time with her family, friends and dogs. Go ‘Noles! 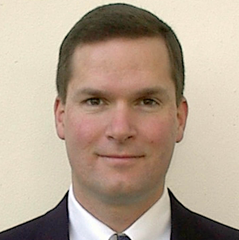 Dan has been a member of The Rawls Group since 1990 and is the Director of Research & Plan Design. Dan offers extensive knowledge and support to our planning team, with a specific focus in the areas of asset management programs, investment planning analysis and non-qualified deferred compensation plans.

Prior to his work with The Rawls Group, Dan was an account executive with a major Wall Street brokerage firm. Dan earned an A.S. in Business from New York State University at Delhi and a B.S. in Finance from Pennsylvania State University. 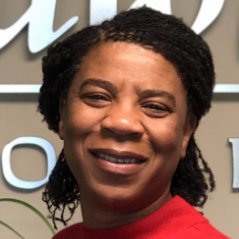 Denise provides insight, support and direction for clients’ technical issues as they relate to the Succession Matrix®. With over 20 years’ experience, Denise combines her passion for helping clients and her knowledge of estate planning techniques to better serve our clients’ needs. She analyzes the technical aspects of planning and translates them into manageable, easy-to-understand formats.

Denise is a Certified Financial Planner™ professional with a bachelor’s degree from the University of Tampa. She enjoys spending time with her extensive family, and she embraces the quiet solitude of gardening for introspection and rejuvenation. Denise has a zest for travel to different countries, which extends to her participation in several mission trips with her church. 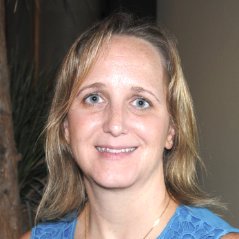 Michelle oversees The Rawls Group’s insurance and account servicing department. With over thirteen years’ experience, Michelle provides direct product, underwriting and account support for clients, and is an integral member of our support team.
Michelle has a bachelor’s degree from the University of Central Florida and is an avid college football fan. Michelle enjoys spending time with her family and being outdoors. You can find Michelle on the soccer fields with her kids, swimming and working out, or at the pool or beach.

What Should I Do Now to Operationally Protect My Business From the Unknown?

The unknown is unpredictable and unavoidable. However, you can protect your business from an operational perspective in some very simple ways. One of the most critical components revolves around communication. Clear, open, and consistent communications with clients, customers, and employees help to keep rumors and uncertainties to a minimum while [...]

How Do I Motivate My Children, Nephews, In-laws, etc. to Come Into My Business?

Your behavior and attitude towards the business act as role model behavior for your family. Therefore, speaking and showing positive feelings regarding the business is the best way to motivate the family to join. Express how much you enjoy it, the exciting and wonderful career opportunities and prospects for growth. [...]

What if Family Doesn’t Want, or Have the Ability to Fill Your Shoes as Leader?

Some sort of transition strategy, or a succession plan, is critical for every family business. What will the future look like, will it stay in the family, do we want to sell are 3 critical questions to consider. Listen in and learn from Jean Venant, a succession planner with The [...]

Listen in to Jéan's insight into how to create organizational bench strength to power your business through transition. The term bench strength may appear indirectly placed in your business as the term generally relates to a weight lifting exercise. However, just as an individual leverages a bench press to create [...]

How Do I Deal With the Petty Crap I Endure as a Leader of My Family’s Business?

When family members join the business, the emotional landscape changes. Any imperfections in intra-family communication, respect, and/or patience are exasperated by business expectations, nuances, and pressures. Even the closest and most balanced families find themselves struggling with crap from what appears to be never-ending sources. If it’s not concern over [...]

Episode 1: Why is the CFO Important to Succession Planning?

CFO's are critical in the business AND in the succession planning process. Their job is to understand the finances and vulnerabilities related to cash flow, turnover, and any external influences impacting the business. CFO's generally have a close relationship with the owner and understand the owner's goals, vision, and concerns. [...] 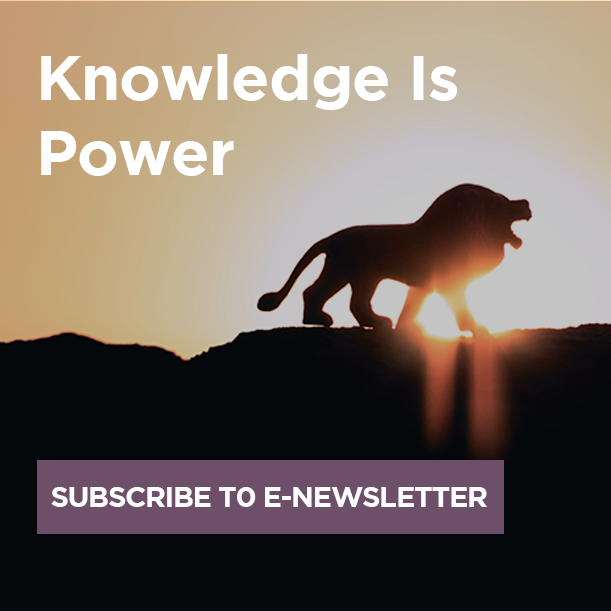